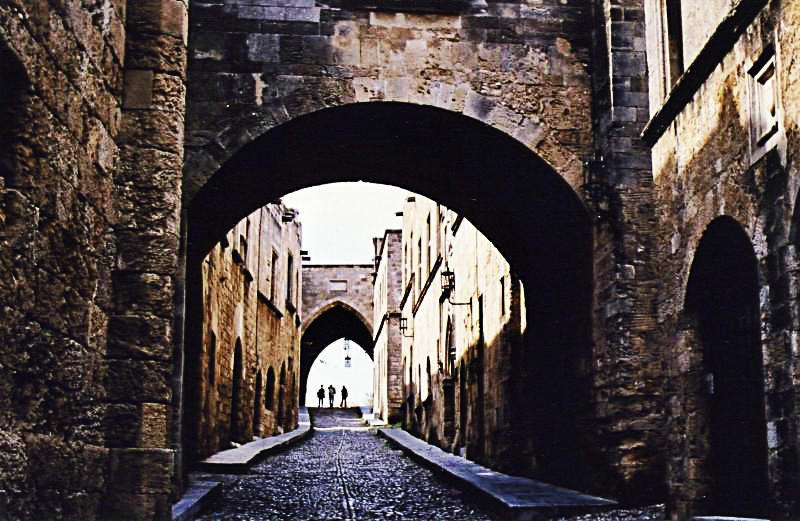 The architecture of the walled Medieval city of Rhodes is dominated by the Western European style of the time and was mixed with local Aegean additions during the Knights period (1309-1522). To these unique styles of architecture elements were added by Muslim Turks who occupied the island in 1523. The medieval city of Rhodes then fell into the hands of the Italians who took the Island from the Turks in 1912, the ideal place to gather the monumental wealth of the Middle Ages. The specifics of the medieval city have the undeniable traces of the Knights of the phase, which, though often hidden beneath the Turkish alterations are highlighted and easily uncovered, making a unique case. It is protected by UNESCO as a World Heritage site.

It includes such important monuments as the Grand Master’s Palace, which houses the Byzantine collection of the island, the hospital of the Knights of the 14th century (Symi Square), the hospital of the Knights of the 15th century (Alexander Square) which serves as the National Archaeological Museum, The Knights Street which accommodates the different “languages” of  the Knights is the most well-preserved street in Europe, the Municipal Gallery of the Simi Square, the early Christian Baptistery in Argyrocastro Square, the old armory of the Knights which now houses the Folk Art and Folk Art museum, the ruins of the Temple of Aphrodite, the Suleiman Mosque, and the Palace of Catellano which now houses the Municipal Library.

The perimeter walls are accessible all year round, and guided walks are available twice weekly during the tourist season. Monumental is the Lady of the Castle, it is the largest and oldest surviving church in the Medieval city dating back to the 11th century A.D. Its original form belonged to the architectural style of the Cruciform Church with a dome, but it was converted into a basilica with Gothic nave vaults in the Knights period. The church had different uses over time. Originally an Orthodox Christian Cathedral at the time of the Knights (1309– 1522) it was established as the Catholic Christian Church and the Cathedral of the Latins, during the Turkish occupation it was used as a mosque and then until recently as a Museum. Today the church is in the hands of the archaeologists in charge of restoration. As well as the historical interests that draw many visitors, the Medieval City also hosts a wide variety of hotels, shops, restaurants, bars and nightclubs.