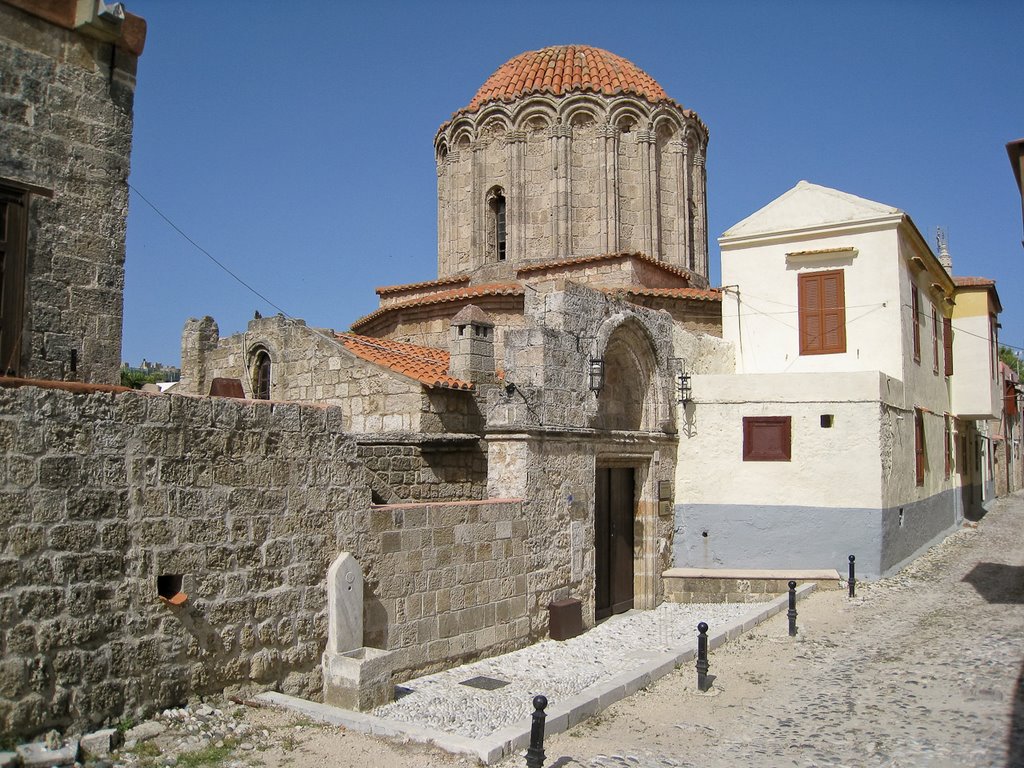 The monastery of Panagia Filerimos

During the early Christian period 5th to 6th A.D. a basilica was built and next to this a cross shaped baptistery. During the Frankish period the position became occupied by the Medieval Catholic Church Convent and Monastery Filerimos.

We could not mention the monastery without making specific reference to the icon of our lady of Filerimos. Called the Virgin Mary Full of Grace, it was the most sacred relic of the Order of the Knights, miraculous and unique. It is said that it was painted by Saint Luke and came to Rhodes from Jerusalem at the insistence of the Virgin, and placed in the crypt at Filerimos which is known today as the Chapel of Saint George Hosti. It is currently stored in Montenegro.

In the Southwestern area of Filerimos you can walk along the path named the Witness of Golgotha, this road was built by Latin Priests, and etched on 12 stone columns are the stations of the cross, the steps that the Lord made as he ascended Golgotha. At the end of this path one ends up in a small square, in the middle of which the imposing cross is located, identical that which existed in 1934. The view from a height of 267 meters is incredible.

East of the hill are some remnants of Byzantine period walls which were repaired by the knights. Filerimos is accessible on foot by a 4.5 km road through a fragrant, shady pine forest. About half way up, where you can stop to rest and drink fresh water, is the new Monastery of Prophet Elias and the old Monastery of Prophet Elias which has been newly renovated and is open to visitors.