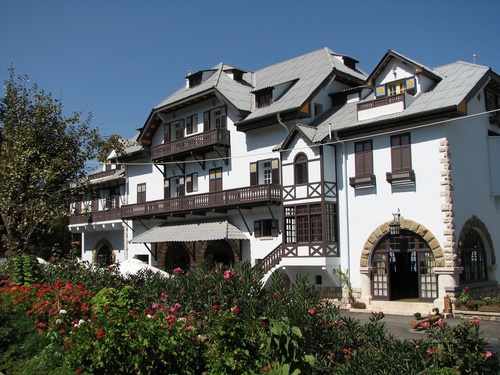 Prophet Elias at an altitude of 700 meters took its name from the Monastery of Prophet Elias, when the Italians occupied the Dodecanese on May 5th 1912 and began rebuilding the island. In the 1930’s they built in Eleoussa (Campo Ciaro) and at the summit two beautiful hotels called Elafos (deer) in 1929 and then Elafina (female deer) in 1932, also know as “Cervo e Cerna”. They were built in Italian architectural Western Tyrolean chalet style. These hotels were renovated in 1950. The site of Prophet Elias is woodland inhabited by thousands of deer.